She set sail in 1351, an accursed ship. Her crew never survived, but the vessel did. Her current captain might be a rogue nobleman who caused an island to vanish. Her crew includes a Magic Maid, a Red Metal Golem, a tale-telling Satyr, a giant Bandit Slime, a hold full of clever rats, and an Aracor tending the ghosts who haunt the sails.

There's a kitten aboard, on the verge of a nervous breakdown.

She's more typical than most landlubbers might want to believe. She's Poison Pepper, a caravel of Temphis. Caravel takes you on deck with the mariners who sail the waters of Uresia: Grave of Heaven, braving the ire of the Sea Dragon and carrying cargo sane men won't touch. This mini-supplement describes Pepper from keel to foretop, and peeks into the private lives of those aboard her, providing a look at daily life at sea, at each section of a merchant caravel, and at the ways in which a sailor's life can be the best way to harbor secrets

Caravel includes a full-page deck plan and side cutaway of the ship, providing a model for any Uresian sailing vessel. And, as befits a vessel of heaven's Grave, there's more than meets the eye, and more questions raised than answered! Caravel explores several topics, including:

The scope of Caravel is comparable to the Shadow River chapter from Uresia itself. Caravel includes two new maps (the City of Fogport, and the Realm of the Dreed Sea Witches), plus the full-page caravel deckplan and cutaway. In essence, Caravel adds a new chapter to Grave of Heaven,exploring shipboard life and related matters. Caravel is part of the All-Systems Library, and contains no game statistics. It's compatible with any edition of Uresia, and with any game-system you enjoy. 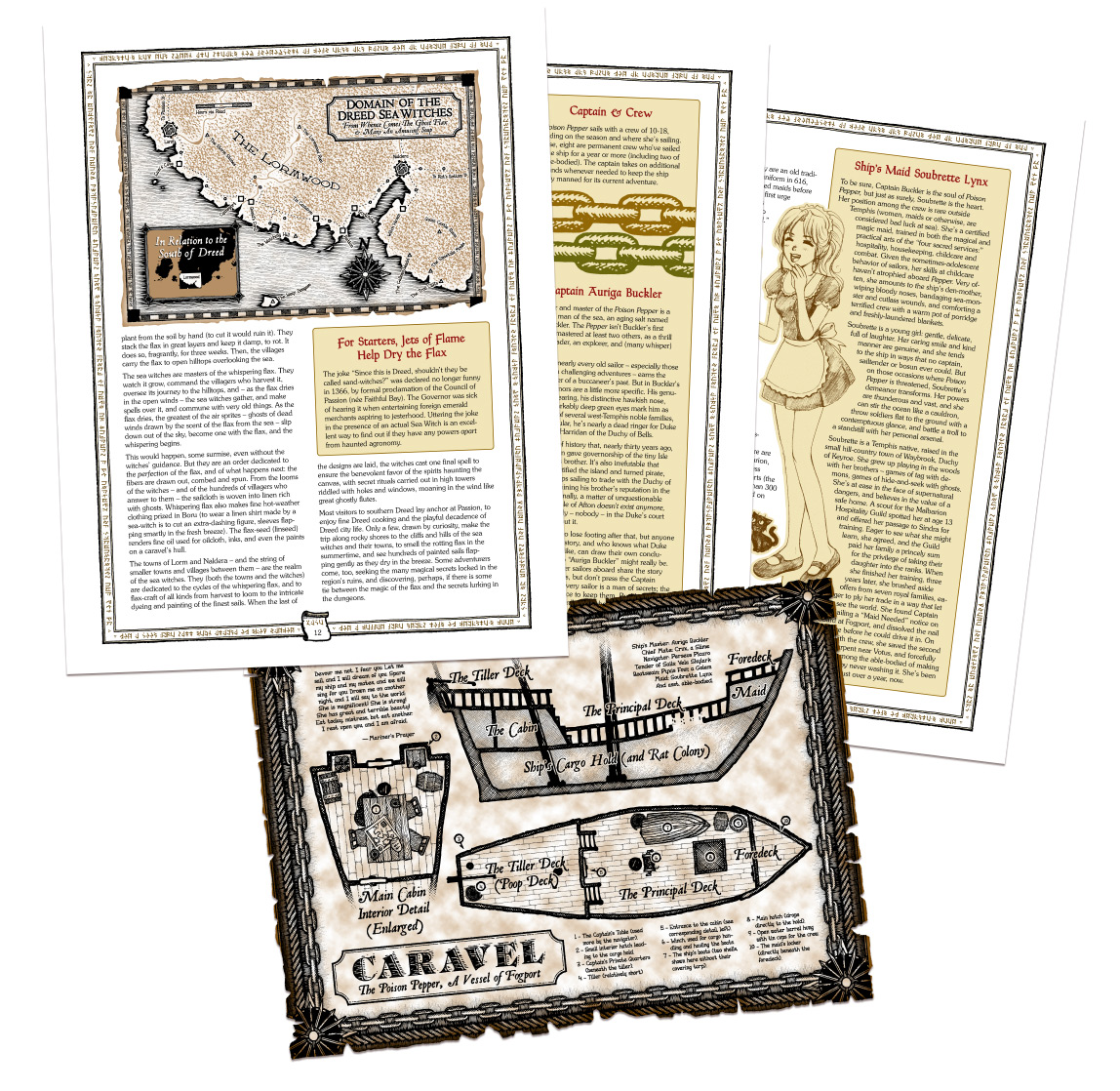 The Uresia library includes Uresia: Grave of Heaven (the main worldbook) and a handful of supplements sold separately: Caravel (ghost flax and shipboard life), The Temphis Runes (font set and mystic oracle), The Empty Atlas (blank maps for GMs to make stuff with) the Shadow River Cartographic Portrait, and the Lore & Curiosities freebie set! The Toast of the Town and Slimes in Blossom Grove modules for Risus take place in Uresia, too!

In order to download this RPG mini-sourcebook you must purchase it at or above the minimum price of $7.95 USD. You will get access to the following files: 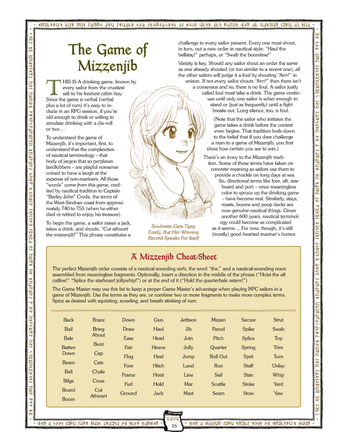 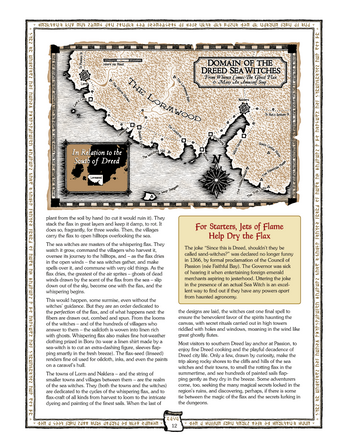 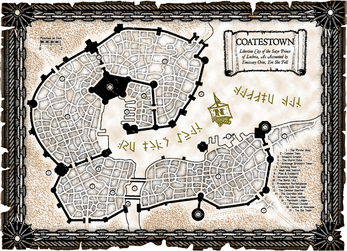 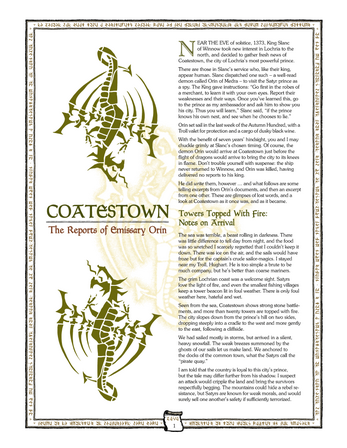