A downloadable oracle and font set 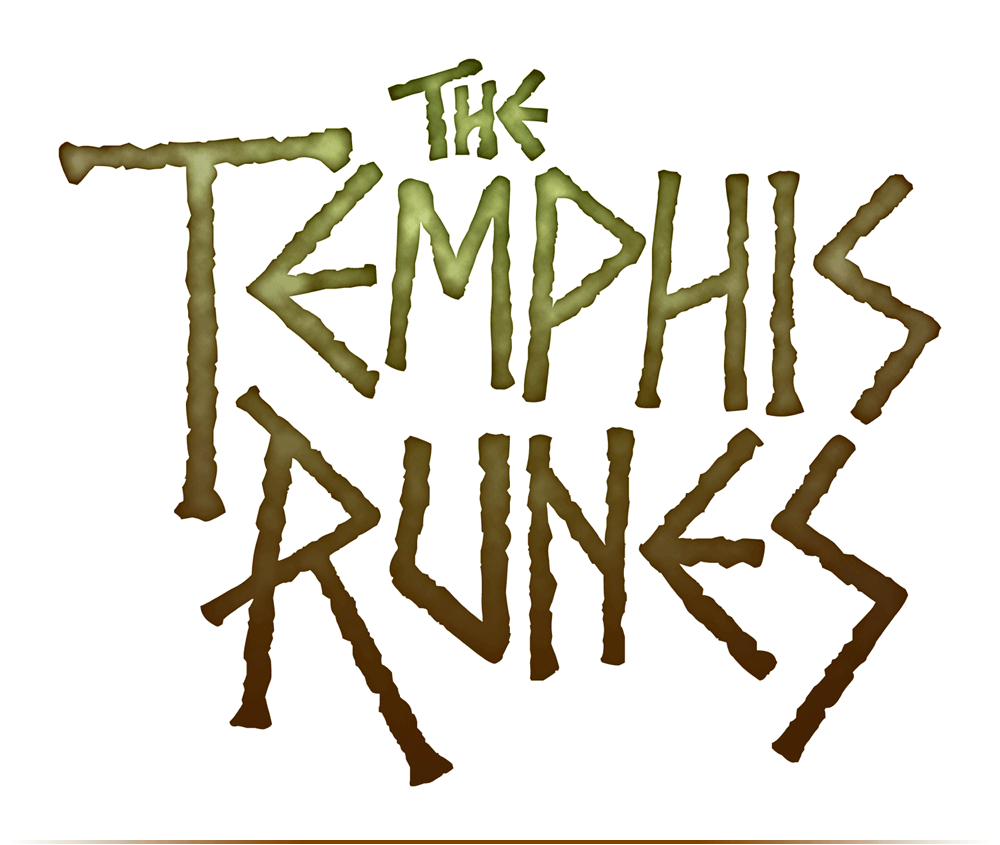 In a darkened passage, deep in the bowels of a lost Dwarvish hall, your torchlight dances on stone as old as the bones of the earth. You know the treasure is here, somewhere. You can smell it. But all you see is a maze of twisty passages, all alike.

And then, your eye rests on something new. Two tiny sigils, neatly hewn into the rock, barely visible in the orange glow of your torch.

Waving greasy smoke aside, you peer closer. Two runes: Yila and TolossBut what do they mean? You try to remember what the wizard Vordret taught you of rune-lore. "To the Dwarves," he said, "Yila is the rune of power, just as it is for us ... But to dwarves, power is the fire of the forge, and the gold drawn from the mountains." The Dwarvish word for fire, he told you, is the same as the dwarvish word for gold. And Toloss ... that's the rune of secrecy ... but it's also a rune of death.

Secret gold? Or death by fire? Are the runes a warning, or a promise? And what's that sudden snapping noise when you step on the loose flagstone ..?

Meaningful runes add depth. The Temphis Runes is an original runic alphabet and magic oracle inspired by both historical and fanciful creations, designed to make your fantasy world a richer one. Here's what the set contains: 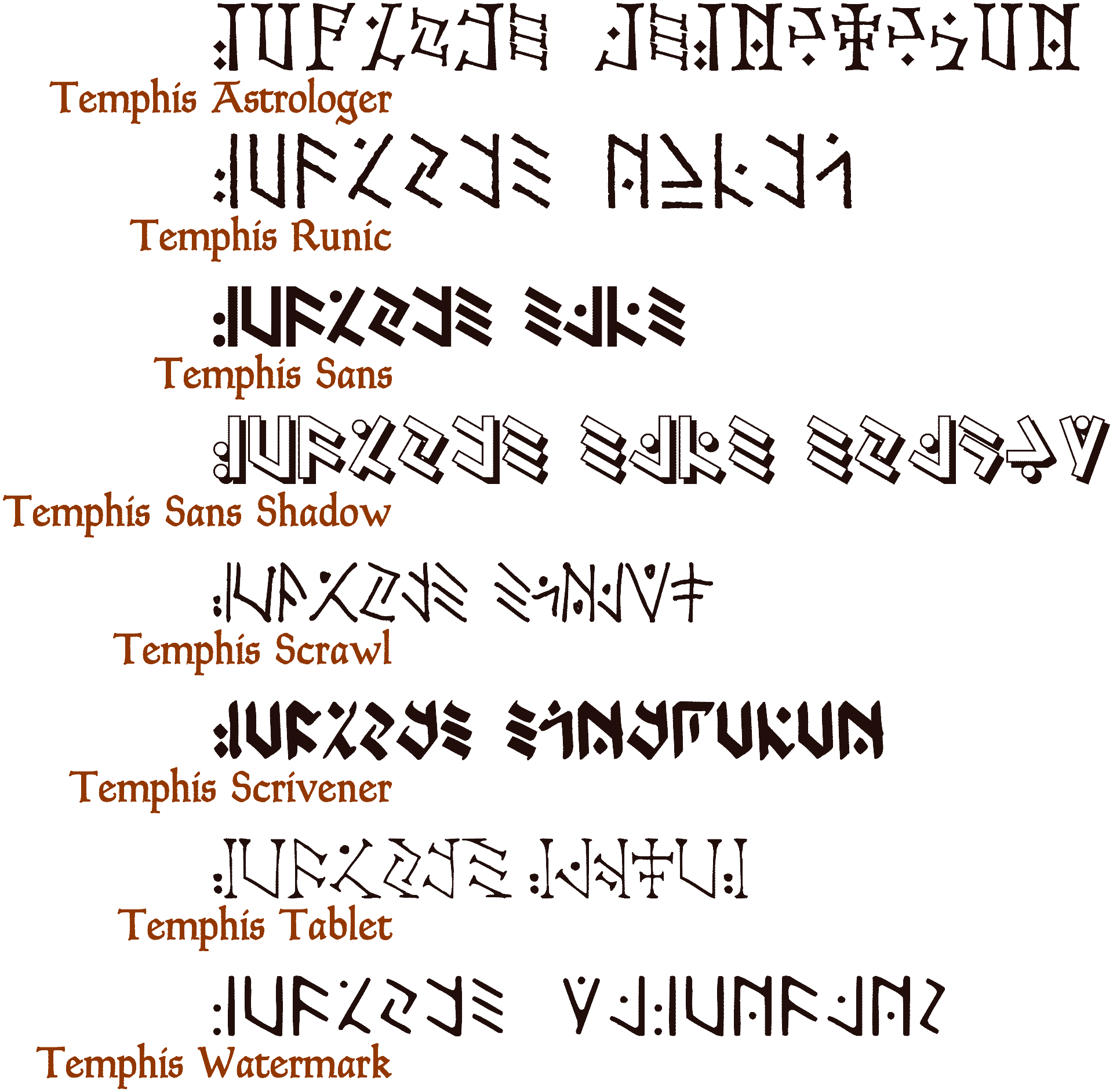 The Uresia library includes Uresia: Grave of Heaven (the main worldbook) and a handful of supplements sold separately: Caravel (ghost flax and shipboard life), The Temphis Runes (font set and mystic oracle), The Empty Atlas (blank maps for GMs to make stuff with) the Shadow River Cartographic Portrait, and the Lore & Curiosities freebie set! The Toast of the Town and Slimes in Blossom Grove modules for Risus take place in Uresia, too!

In order to download this oracle and font set you must purchase it at or above the minimum price of $6.95 USD. You will get access to the following files: 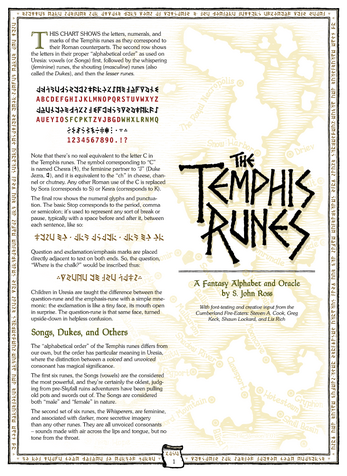 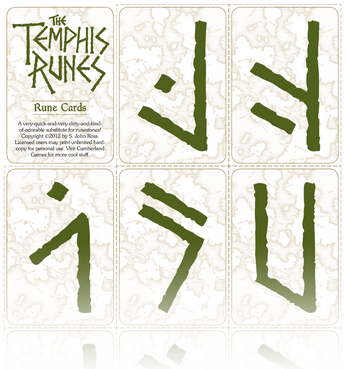 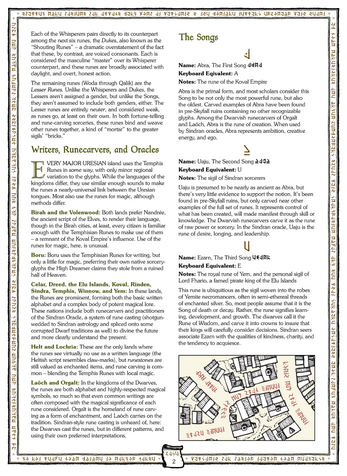